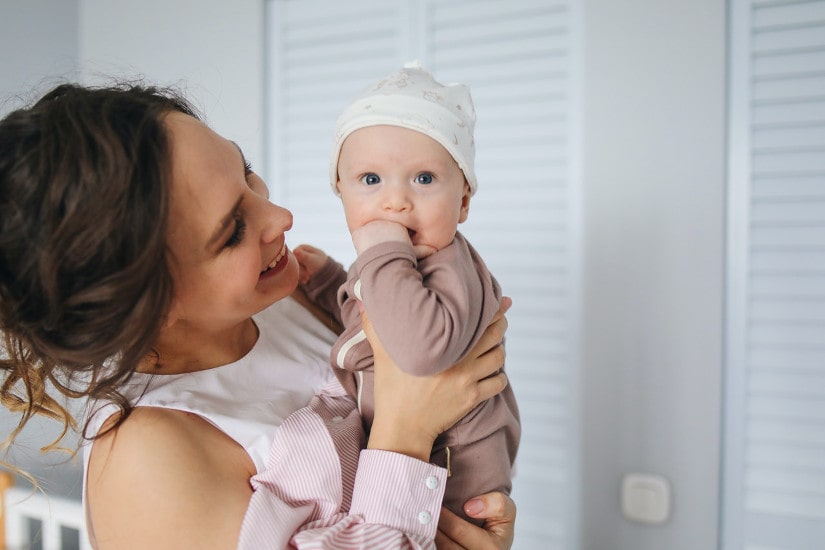 Photo by Polina Tankilevitch from Pexels

I lost most of my weight from breastfeeding and I encourage women to do it; It’s just so good for the baby and good for yourself. [Beyonce Knowles]

When it comes to breastfeeding, there are two schools of thought.

One that undeniably favors the ageless practice, saying that it’s the most natural diet you can ever feed to your baby. It also provides an opportunity to build a beautiful lifetime bond with your child.

And then there are those (mostly the new moms themselves) who, despite their support to breastfeeding, are often compelled to speak otherwise. Not their fault, honestly.

Breastfeeding can actually be hard for some mothers. Since it’s a completely new experience for both the mom and the baby, it takes a while for both to get a hang of it (difficulties with baby latching on).

Not to forget here the troubles encountered in the journey - cracked and sore nipples, often accompanied with slight bleeding and pain, sleepless nights (even days), exhaustion, frustration, just to name a few.

No wonder then that most new moms go on to choosing formula milk over breastfeed, or perhaps offer both to the baby. Fair enough. It’s convenient, it gives you enough rest, the baby tends to fill up well and sleep through longer - overall a win-win situation for both your child and you.

Or is it? Well, that’s only until you know the innumerable benefits that breastfeeding has in store for you. You only have to be patient, hang in there, give yourself and your baby some time to get over the bumps at the beginning of the road. Once that happens, you’re in for some really amazing lifelong benefits.

I’ve covered here at least 8 of such benefits that breastfeeding has for moms (there are plenty though) which are indeed quite surprising and lesser known.

8 Benefits of Breastfeeding for Moms That Might Surprise You

Yes, research has it that women who undergo C-section deliveries are relatively less likely to experience too much pain thereafter if they exclusively breastfeed for a few months.

The European Society of Anaesthesiology conducted a study on moms who delivered via C-section. The results of the study showed that when these moms breastfed their babies for two months exclusively, they were at least three times less likely to experience post-surgery pain as compared to moms who did not breastfeed their babies.

In addition, the study showed that among the moms who continued breastfeeding for more than 4 months, only 8% still complained of chronic C-section-related pain.

The uterus in the body of the mom-to-be expands during pregnancy to provide the required nourishment to the growing fetus inside her. In fact, as the fetus grows and assumes the form of a fully-grown baby, your uterus would have expanded so much its normal size, all the while making room for the growing fetus.

An extremely natural way to help the uterus shrink back to its original size (to what it had been before you got pregnant) is breastfeeding.

During the process, your body seems to release a hormone by the name of Oxytocin. It is also popularly known as the “feel-good hormone” or the “cuddle hormone,” perhaps because of its release during you ‘cuddling’ and breastfeeding your baby.

While the release of this hormone is particularly known to promote mother-baby bonding during nursing, it has another major use to its credit. Oxytocin helps a great deal in contracting the uterus post childbirth.

This contraction helps the mother in several ways - stops bleeding after childbirth, helps the uterus heal up faster post delivery and also facilitates shrinking back of the uterus to its original size.

RELATED: 10 Benefits of Breastfeeding For Your Baby You Probably Didn’t Know

One common problem and complaint with at least 80% of the moms. We’ve all been through it. Alas! It’s not always easy to find a simple and natural solution that works. Well, now you have one.

Jan says that moms who exclusively breastfeed have been known to lose weight faster as compared to those who didn’t. He further explains the reason for the same in his study, stating that the body of a nursing mother tends to work overtime in the process of milk production for the baby.

A direct result of all this overwork can be seen in the mother coming back to shape! Also, with the baby taking in the maximum nutrition from the mother’s milk, the latter’s less likely to put on any extra weight and would remain in shape if she continues breastfeeding for longer than 6 months.

Well, mommies, you now have a perfectly valid reason to continue nursing even after 6 months!

An unexpected but amazing benefit of this golden practice - lower risk of hypertension. Breastfeeding is known to also reduce cholesterol levels in the body and prevent chances of heart-related problems in women.

There has been research on the subject of breastfeeding and heart health, and scientists are of the opinion that it could be partly because of the release of Oxytocin by the mother’s body during breastfeeding.

Some researchers also feel that nursing mothers generally tend to take better care of their diets and adopt healthy lifestyle practices as compared to other moms.

Another common complaint observed in a majority of new moms; now there’s a simple and healthy answer to it all. According to this research, new mothers who breastfed their kids for up to 4 months after childbirth were at lower risk of experiencing postpartum depression (unusual sorrow feeling in most moms after delivery).

Researchers attribute this to the release of endorphins (chemicals produced in the body which help provide relief from pain or stress during the breastfeeding process.

Interestingly, the research revealed another amazing aspect related to the benefits of breastfeeding in controlling postpartum depression. Prolactin is a hormone in the woman’s body which facilitates production of milk after childbirth. Now, if the mother does not breastfeed or pumps out breast milk, the level of prolactin in the body begins to drop sharply.

Researchers are of the opinion that it is this decline in prolactin levels which may result in postpartum depression in some moms. They therefore conclude that continued breastfeeding can actually help prevent the hormone levels from dropping beyond the normal range, thereby preventing signs of depression after childbirth. 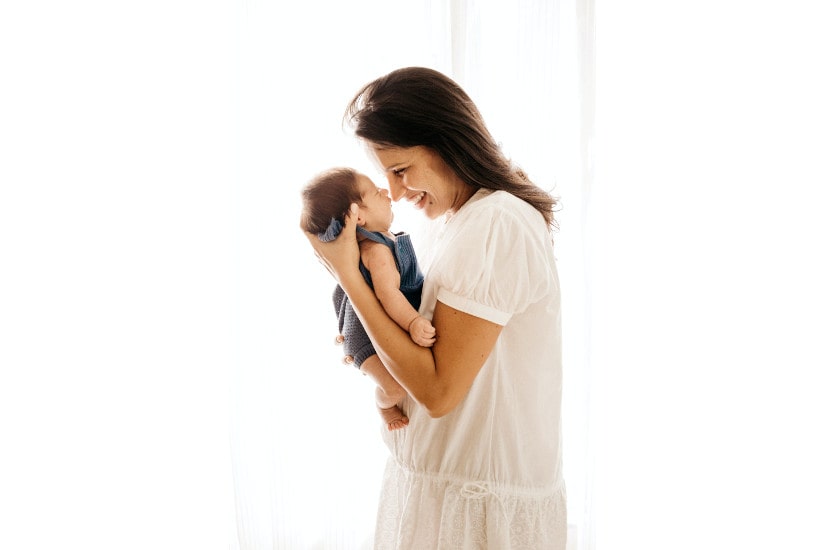 Photo by Jonathan Borba from Pexels

This one’s another very surprising advantage that breastfeeding moms have other others. Nursing has been proven to effectively reduce chances of breast cancer in women as they grow older.

A study showed that the possibility of a woman to develop breast cancer lowers by 7% for every baby she gives birth to. Moreover, this risk rate further drops to 4.3% for every 12 months of continual breastfeeding by that woman.

Gestational diabetes is common in moms-to-be. But the good news is that it can be controlled after childbirth, all thanks to breastfeeding.

The practice is known to control and even bring down insulin levels in the blood. A research on the subject brought to light that continuing to breastfeed for over 5 months reduces the risk of diabetes in mothers by more than 50%!

8. Cuts down risk of Multiple Sclerosis

MS or Multiple Sclerosis is yet another problem that’s fast affecting men and women both. Studies are now bringing out a rather surprising association between breastfeeding and the risk of developing MS in women.

Researchers believe that mothers who nurse 1 or more children for a total of at least 15 months stand a lower chance of being diagnosed with MS than those moms who don’t breastfeed.

Breastfeeding can be hard at first, for which reason a lot of new moms find it easy to give up completely - resorting to more convenient methods of feeding formula milk or even using breast pumps.

I’d say, don’t give up just as yet; hang in there a little while longer (you already have for 9 months!) because just like there’s no better app to replace your lap, nothing can substitute for the beautiful skin-to-skin contact with your baby.

And, besides creating that amazing bond for a lifetime, you’re passing on innumerable benefits to your baby (read my post on 10 benefits of breastfeeding for your baby you probably didn’t know about) while enjoying so many of those yourself! Now that’s a perfect deal - what do you think?

YOU MIGHT ALSO FIND HELPFUL: 10 Amazing Benefits of Coconut Oil for Kids (How Many Did You Already Know?)

(How has breastfeeding helped you? I’d love to know. Leave me a comment or drop an email. If you found the post useful, please share it with other new moms you know to help them avail the amazing advantages of breastfeeding. Happy feeding!)

For more such posts, follow me on social media. Subscribe to Stay At Home Mummy to receive all posts directly in your inbox.

Powered by Hugo with theme Dream.

Hi! I’m Pritika, the mom behind Stay At Home Mummy. I was inspired to choose this name for the blog because I’m a proud stay-at-home-mom to two lovely kids. Graduate In Journalism and professional writer for 16 years, I have experienced the bitter-sweet reality of placing kids over work commitments and pushing back your own dreams to realise theirs.

Yet, I didn’t let the passion for writing in me die out. Stay at Home Mummy is an attempt to make all those beautiful SAHMs out there feel proud of being one because motherhood isn’t an excuse to let your passion take a back seat.